Let's start with this example:- 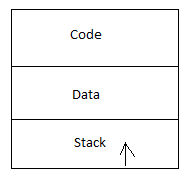 The stack will grow from the higher address to lower address in the memory which is allocated for the stack region of the program. Let's take another example and see how the stack is used.

this will get translated into a code similar to this-

NOTE: Number of bytes decremented may be more than actual required by sum of spaces required by all local variables. This may be done for two reasons:
(1) The architectural constraints,
(2) To optimize the code to run faster on some architecture. For example if the stack_top my be aligned to 16 bytes.

Let's see the actual assembly code which is generated by gcc: Comments on the generated code:
Here is a diagram describing the above code for local variables: 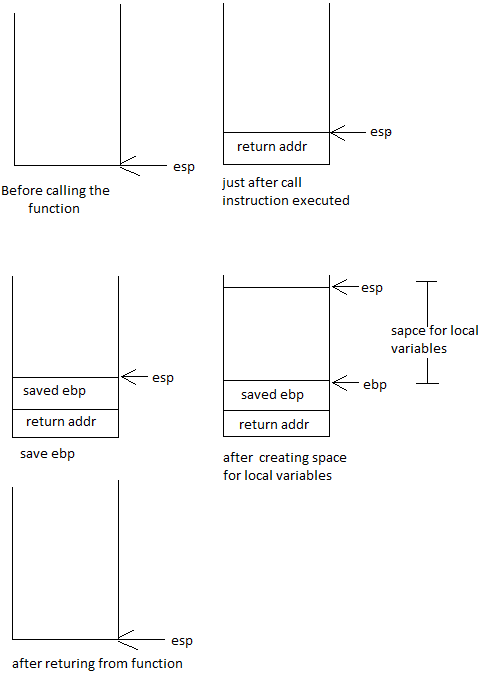 QUESTION: Can you visualize this - what will happen if a pointer of local variable is returned from a function? Make a diagram to explain this to yourself.
‹ Program Structure
up
Translation of Arithmetic Operations ›
Do you collaborate using whiteboard? Please try Lekh Board - An Intelligent Collaborate Whiteboard App