Even after this change, the number of threads are 12 in the server process. Seems that the cpp2 framework is not honoring the thread count parameters that we set.

Before we go into the internal design of the thrift to understand the threading model, we should know the reason behind having so many threads. If you follow this link (README), at the end of this readme file you will find Generic Multithreading Advice. This explains why having multiple threads is good for performance. At the same time it also states that if the number of threads is more than available CPU cores, then it degrades the performance.

Inside the thrift server

This is based on the code inside fbthrift/thrift/lib/cpp2/server/ folder. Some of the concepts used in the code are

Some of the above concepts can be expressed by this diagram: 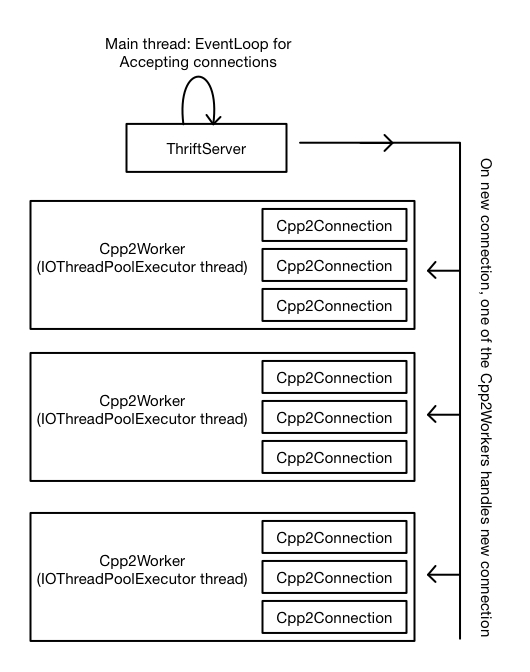 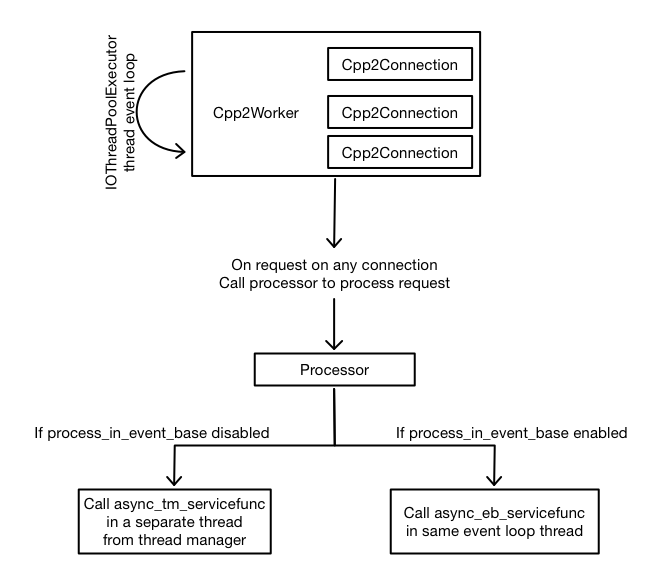 There are mainly three types of thread in ThriftServer. They are: 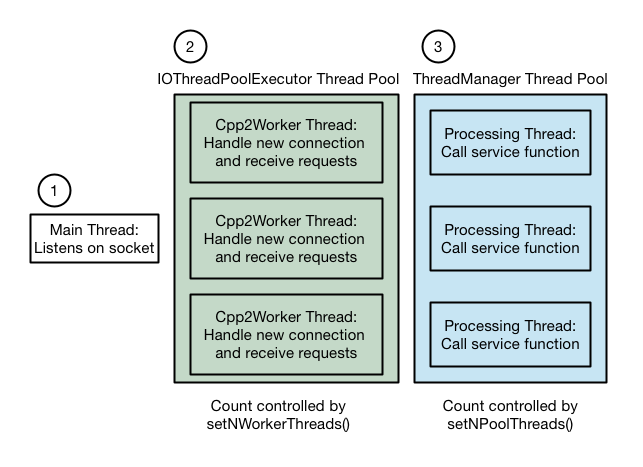 Let us see how #4 can be used From the first example, compile the calculator.thrift as

Then change the server code to

Compile the server as done previously. And run the server. Now the server process has only two threads including the main thread. Now we do not have any thread manager thread. There is a main thread on which the thrift server listens and another IOThreadPoolExecutor thread which receives the request and calls the service function in the same thread. If you want, you can increase the number of threads in IOThreadPoolExecutor. Also Sasl is disabled in this code. You can enable it if you need it. If enabled, it will create a separate thread.

In server to server communication example, we had to run code in a separate thread. Now because we are running the service function in the IOThreadPoolExecutor thread, we do not need to delegate the work in the other thread. Now remove the async_tm_add function from that code and add this function